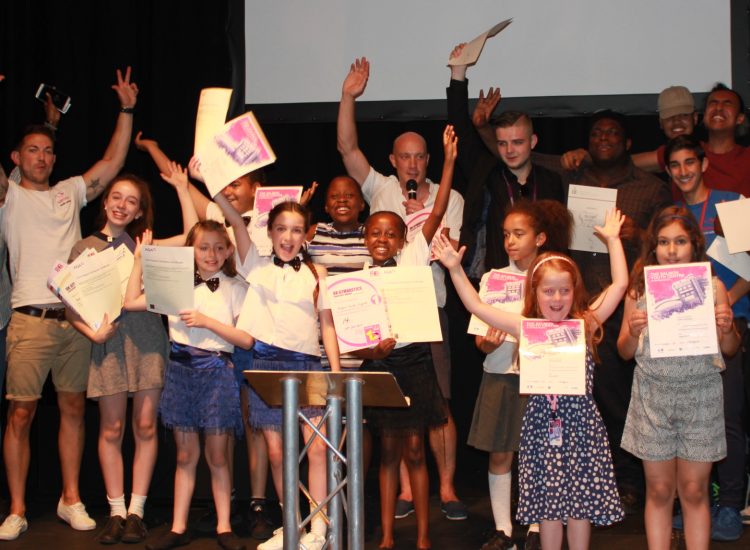 Salmon Celebration 2017 – An Evening to Remember

Salmon Celebration was truly a night to remember, an evening of awards, accolades and five star performances.

Have a read of what went down at Salmon Celebration, written by one of our Young Leaders Raf:

Salmon Celebration is an event where young members of Salmon present all the work they have been doing in their clubs over the past six months to friends and family, and receiving certificates for their efforts.

The event was hosted on Tuesday 20th June and the night included dance and music performances, video highlights, as well as fun and games for all to enjoy.

The audience got to witness the singing and musical talents of Rebecca, which blew the audience away with her singing and piano playing. She was met with a loud round of applause for her dedication to her craft.

The penultimate part of the evening was where all the fantastic artwork created by all the young people who attended art club that which left everyone in the audience in awe. All different drawings and crafted objects were shown on the big screen and it was obvious that even the young artists were proud of their work.

Salmon Celebration ended with a little awards show for the Salmon Tigers players for winning the U14 London Youth Tournament in May. The Salmon Tigers coaches Derrick and Naod handed out the awards to all those who participated.

Certificates were also handed out to young people for their improvement in Trampoline, Member of the Month sponsored by Jack Petchey and Adult Volunteer Award, which was awarded to Vicky Razzell for her outstanding contribution to Salmon.

Thank you to all of those who came and congrats to everyone that won an award and keep working hard even if you didn’t win an award. Watch out for the next Salmon Celebration later this year!