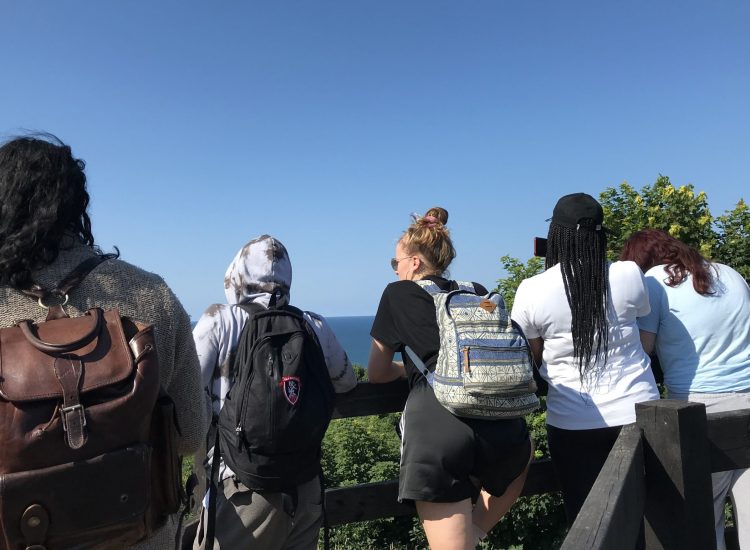 We took a group of 12 young people away to a residential centre in Norwich called With. Previously a nunnery, All Hallows, Ditchingham, is a convent comprising four houses and a huge chapel, surrounded by 10 acres of beautiful grounds. It has been home to a Christian community for more than 150 years and now has been repurposed as a retreat centre for youth and those involved in youth work.

We took a group of our young people who would normally spend a week of summer at Soul Survivor Festival to these quieter surroundings for three days of fun: bonfire singing, breakfast bible studies, prayer and just hanging out together. We were also notably the first youth group to officially stay at With since it’s renovation. We stayed in a self-sustaining house and this became our home for the few days. The young people were amazing at cooking, chipping in with the clearing up and, at times, the leaders were left bereft of jobs!

During the days we played quick cricket and other sports in the grounds as well as Uno and other card games. We were also given free reign to pick fresh vegetables straight from the garden which provided the basis for an amazing veggie curry which we ate later that day. Perhaps the activity highlight though was a trip we took to the beach which included a surfing session, hot chocolate in town to warm up and then a walk across the cliff front to work up an appetite for evening fish and chips.

On one evening after singing we reflected on things that we had been stressed about or were fearing when looking ahead at the year that lay before us. It became very apparent that this was a really unique opportunity to pause, given the busyness and pace of London life. As a result we had a moment of silence of at least 10 minutes, which, for a group of usually energetic young people was very unusual and a real privilege to be a part of!

The young people loved it, especially the relaxed homely/family environment that was cultivated over the few days, with everyone chipping in and getting alongside one another. We can’t wait to explore how we might replicate this sort of environment on a more regular basis once back in Bermondsey.

A final thought should go to all those who hosted us, including James and Jamie, who are overseeing the renovations and repurposing at With, and a special mention to the vicar and community who so beautifully hosted us and led us in times of prayer and reflection.

Thanks a bunch and we can’t wait to be back! 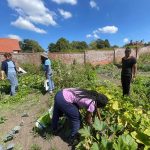 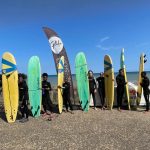 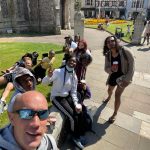 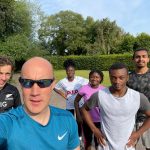 I enjoyed the residential trip so much and I loved the hospitality there. I loved the fields and the open areas and it was very relaxing being away from a lot of cars and buildings.

The residential to With was a great experience and I really did enjoy it. I loved everything about it from going to Cromer beach to doing our own praying session in their church. It was such an amazing opportunity and I’m happy I was able to go to have fun and spend time with people from Salmon. I miss being there already and hope we get to go back next year.