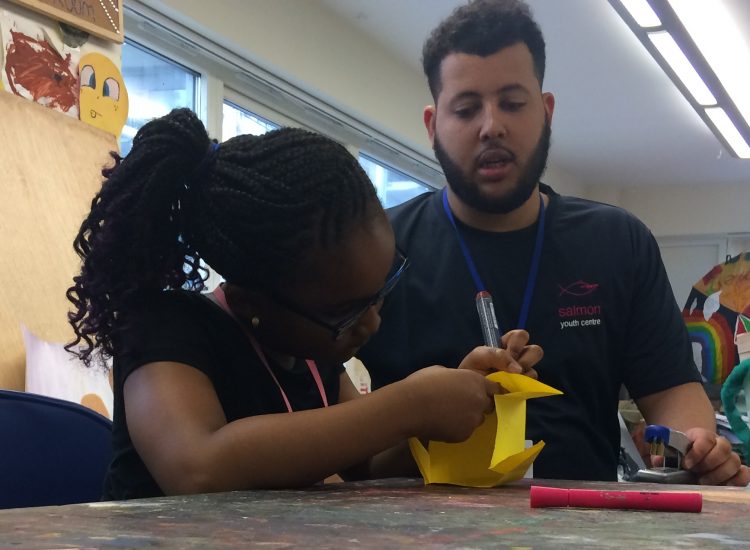 The City of Kids: Sy’s 6-9s trip to Kidzania

On Saturday 2nd of June we took a group of nine young people, aged six to nine, on a trip to a place called Kidzania in Westfields Shepherds Bush.

Kidzania is an indoor city run by kids where kids can explore lots of real-life activities and try out jobs. We thought it would be a good idea to engage with the 6-9s without being in the usual club session at Salmon and Kidzania sounded like a great place to do this.

We met up at Salmon and took the train to the destination. I found the train experience challenging as I was very cautious of keeping all the young people together so nobody got lost (which they didn’t).

We arrived safely to Kidzania and at the entrance, the young people were given a budget of 50 kidZos, (Kidzania’s fake currency) which they could use to buy things. The aim was to build up as many kidZos as possible throughout the day. If you were low on kidZos, you would have to work to gain some more so you would find an activity to do for about 15 to 20 minutes.

The trip went really well and the young people really enjoyed the experience. Kidzania is a really creative idea for young people to engage in and see what work is like, with the fun aspect included. I’m glad I went on the trip as I really wanted to find out what it was about since it sounded so interesting.