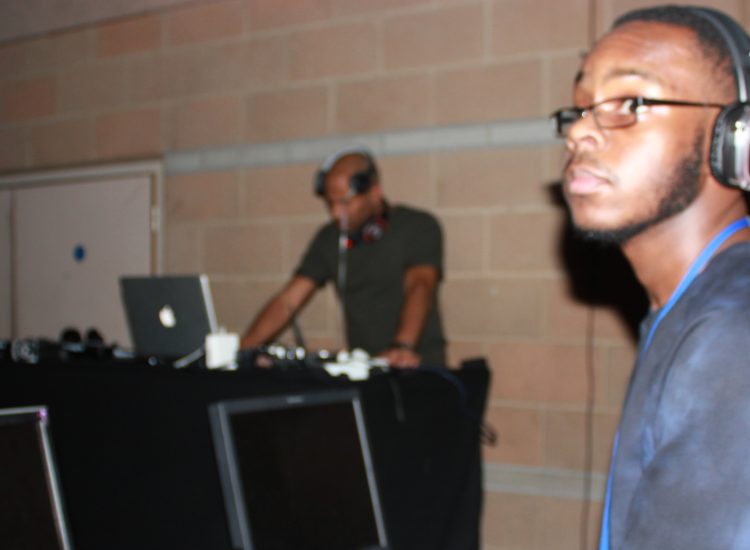 After being kicked out of six different schools for bad behaviour, 19-year-old Toshawn Morgan found himself at Salmon Youth Centre.

It was here that he discovered his love for, and natural ability in, technical productions which opened the door to many opportunities, including starting and running his own lighting and sound business.

In this blog, Toshawn, now a Business Apprentice at Salmon, shares his story of an angry childhood, not being able to read or write, and studying Technical Arts at the prestigious BRIT School in London...

I used to get into a lot of fights at school. I had quite a bit of a temper and I didn’t really get as much support with learning as I needed in class so I would just lash out at the students and teachers. I went to six different schools altogether from primary to secondary school.

Every time I got kicked out of school I did one-to-one home tuition with an alternative education provider called The Complete Works (TCW). I eventually ended up at TCW full-time, just before they moved into the Salmon Youth Centre building in Bermondsey.

At first it was the same thing again – getting into loads of fights, not doing my work, getting sent home ‘cos I was so bad… but I gradually started feeling less angry because I had more support from the teachers. I also started getting opportunities at Salmon and that’s when I completely changed.

I thought Salmon was really cool because there was so much to do. I attended one club session one evening and met a guy called Razz, who was the Adventure Youth Worker at the time and the Tech guy. He started to give me opportunities to help out in club and at Salmon special events. It felt really good to be trusted.

I remember there were times I would kick off and get into a fight and Razz would come along the corridor and break it up. He would physically jump in to the fight and say, ‘Guys stop!’

Sam, Salmon Director, was the same. When Sam was in the building and I was bad, he would call me into his office and ask me what’s wrong and tell me to fix up. Just having someone talk to you makes the situation a lot better. Having that sort of support was good.

Discovering a love for tech

I started helping Razz out with adventure, doing harnesses for rope-climbing and that sort of stuff. After that I came to a Salmon talent showcase night called D:Session and saw them doing the technical side of things and asked if I could help. That was the first time I did tech and that’s where I discovered that was what I wanted to do.

When I was younger I used to take things apart and rebuild it. I’ve always had a technical mind but I didn’t have the outlet to express it until I was given the opportunity at Salmon. I went from doing the spotlight to controlling all the lights on the big lighting desk, and then setting up the PA system – just going up in steps gradually.

One of my teachers at TCW noticed my interest in tech and told me about the BRIT School (The BRIT School for Performing Arts and Technology). I was so happy when I got accepted – that gave me the biggest opportunity to completely start afresh.

I loved being at BRIT but I struggled academically. My reading and writing is really bad – when I started at TCW, I could just about spell my name. I was eventually diagnosed with Dyslexia and Global Developmental Delay when I was around 15 or 16 years old. Global Delay means it takes longer for me to process things than normal.

The diagnosis took a lot of stress off mine and my mum’s shoulders. For a long time my mum had been fighting to find out exactly what was wrong with me. I felt like I now had an answer to give to people as to why I acted in certain ways. I felt empowered by it, in a way.

BRIT School also helped with my independence. I was very good there – I didn’t get into any fights and had no arguments. I just went in, done my work, done the shows I needed to do and got my qualifications – a Level 2 Diploma in Technical Theatre and Arts.

I learnt a lot more about tech from there so I decided to set up my own lighting and sound business, T Force Lighting and Sound, which I did in 2015. It’s been steadily growing since then.

I feel like I’ve grown in many ways. I don’t get angry any more like I used to – that side of me has now gone. I put that down to the fact that I now know what I want to go for in life.

Earlier this year I started a one-year Business Apprenticeship at Salmon to expand on what I do and help me build my business. I feel like Salmon is a second home to me. I honestly don’t know what my life would be like without Salmon – I probably would be getting into trouble still.

I hope to have a very successful business in the future and to be able to employ young people that would like to get into production that don’t have opportunities. I would like to guide them and give them support, and to mentor them – just like I’ve been mentored. 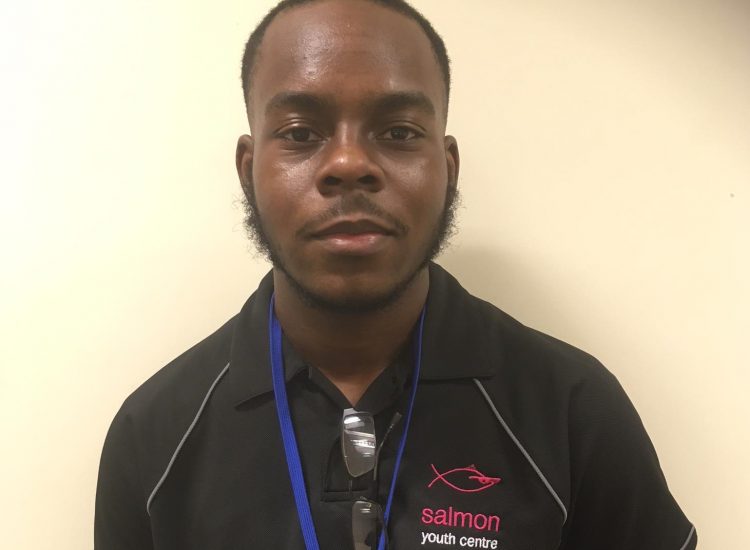 I started getting opportunities at Salmon and that’s when I completely changed...That was the first time I did tech and that’s where I discovered that was what I wanted to do. 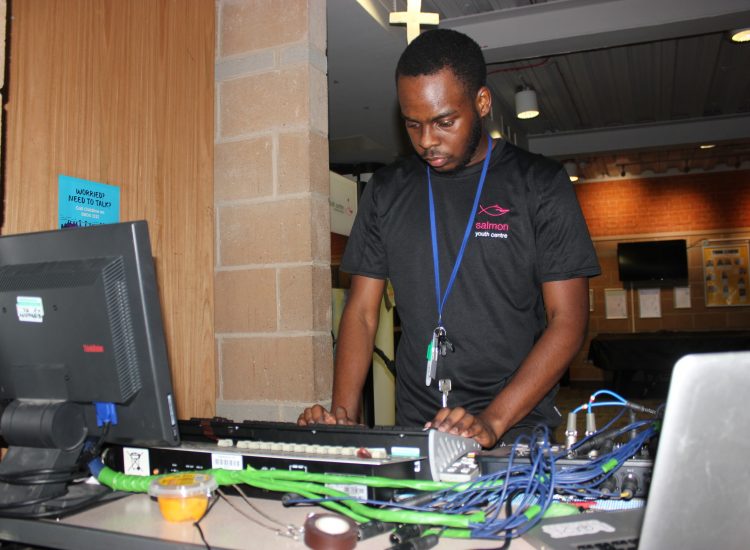 I loved being at BRIT...I was very good there – I didn’t get into any fights and had no arguments. I just went in, done my work, done the shows I needed to do and got my qualifications...

I feel like Salmon is a second home to me. I honestly don’t know what my life would be like without Salmon – I probably would be getting into trouble still. 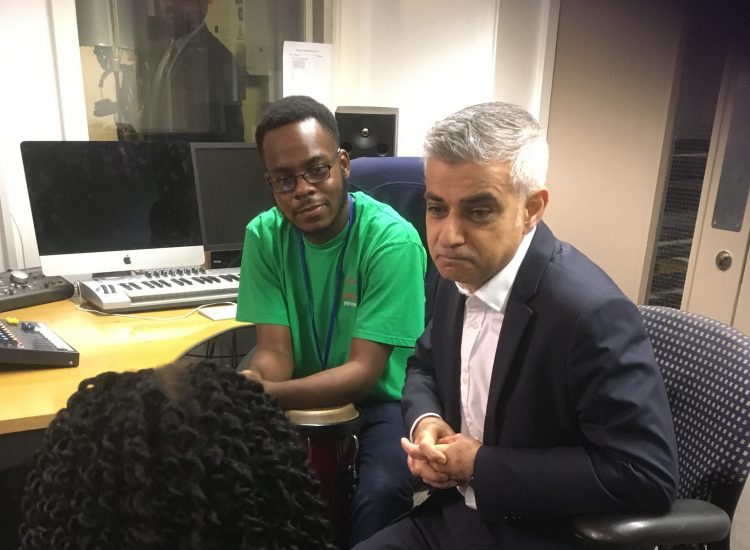